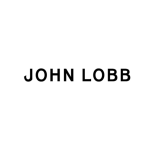 Since 1866 in London and 1902 in Paris, John Lobb has been making the finest shoes and boots for men. Its rich heritage is reinforced by the timeless qualities of craftsmanship, service and style – attributes that are now available to a wider international John Lobb audience. The company continues to uphold its tradition of making custom shoes in Paris, while maintaining the fundamentals of bespoke manufacturing in its expanding collection of shoes and leather goods.

John Lobb Bootmaker has been in business for nearly 150 years – and prides itself on maintaining its exacting standards and unique level of craftsmanship in the creation of handmade men’s shoes and boots.

John Lobb himself was born in 1829 in Cornwall, in the southwest of England, but went to London as a young man as an apprentice bootmaker. After a successful stint in Australia making boots for Gold Rush miners, he returned to London to set up his first store on Regent Street in 1866.

John Lobb quickly established himself as the premier boot and shoemaker of the day, providing a bespoke service to the aristocracy, as well as the political and business elite. In 1902, the company opened its first store in Paris, which echoed its London success and attracted a large international clientele. The company flourished in the post-war period with the launch of a number of classic models such as the William monk’s shoe and the Lopez moccasin.

In 1976, John Lobb was acquired by the Hermes group. However, the London bespoke workshop, John Lobb Ltd, remained in family hands and continued to operate independently from its premises at 9 St James’s Street. The Paris bespoke workshop, the By Request service and the ready-to-wear collection, as well as all other John Lobb boutiques, are part of the Hermès company.

In 1994, John Lobb opened his Northampton workshop, where today the ready-to-wear line is designed and handcrafted, with a London store following on Jermyn Street. Over the past decade, the company has expanded its retail presence around the world with stores in major cities in the United States, Europe, the Middle East and Asia.

John Lobb’s ultimate bespoke service is still available at the Paris atelier, now located at 32 rue de Mogador. Meanwhile, the ready-to-wear collection retains John Lobb’s core bespoke qualities in its 190-step manufacturing process for each pair of shoes. The collection includes all the iconic classics, as well as seasonal additions and new designs, such as Grove, that reflect contemporary lifestyles and international audiences.

All of its shoes maintain the timeless John Lobb traditions of exceptional quality, fine craftsmanship, comfort, durability and elegance.