Gary and Emer Levy, an Anglo-Irish couple, having met in London and spent 14 years running their own restaurant, decided in 2004 to make a radical change to their lives. They decided to move on a whim to Geneva. Moving from food to men’s shoes was about as extreme a change imaginable.

And so Brogue was born in 2005.
The name Brogue was chosen because it is the name of a classic man’s shoe but also in Irish it means a strong regional dialect.

Move forward 16 years and Brogue has since moved to newer, contemporary premises. Brogue’s fine reputation has spread across Switzerland, Europe and beyond.

It is now a reference for the finest European men’s shoe brands. But equally renowned for professional and friendly service. 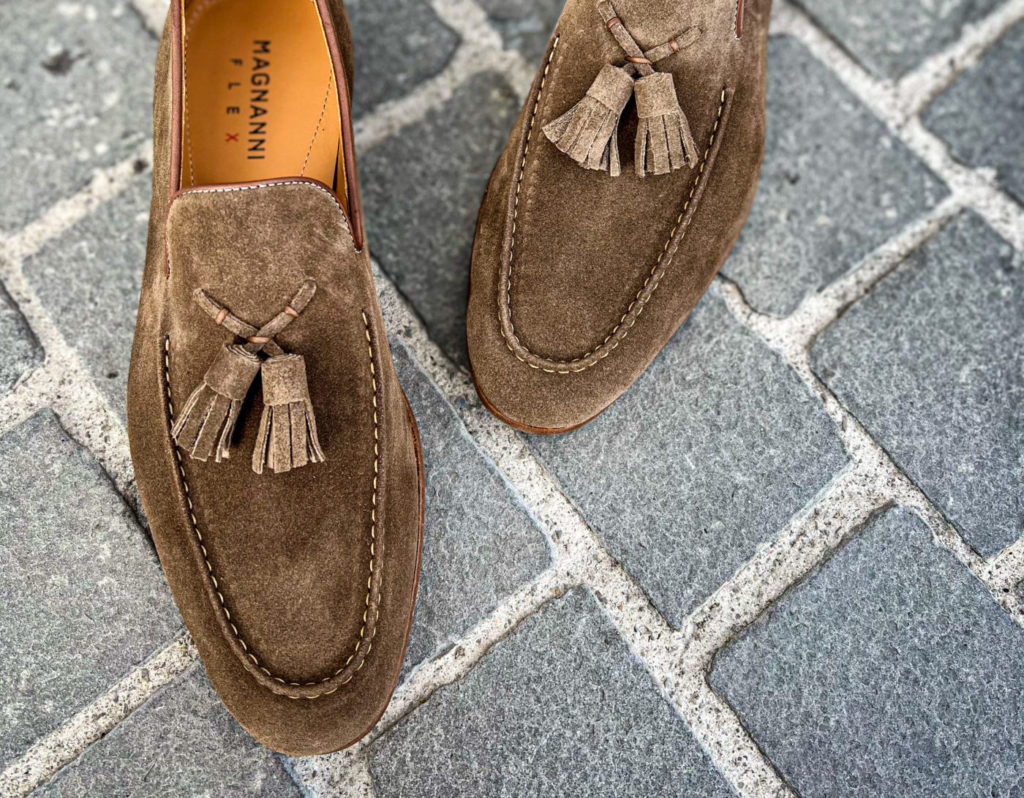 11 leading European brands are represented within our walls.
The finest footwear from England, France, Spain, Italy, and Portugal is available.

Visit our physical shop in Geneva or browse the models we have available in our eShop. We only feature a limited range online.
However, if there is any other model you wish to purchase, please contact us by phone or email.

We insist that the quality of the shoes we sell are beyond reproach, regardless of price. We only deal with family-owned enterprises with traditional craftsmanship being a keyword.

Some of our suppliers specialize in hand stitching, others focus on innovative design. In all cases, regardless of price, we stand proudly behind our merchandise.

The leather used by our suppliers is sourced exclusively from the finest, environmentally aware tanneries in Europe.

We like to believe that we offer a total experience where caring service, sound advice and a myriad of related services, including shoe care and repairs are fully integrated.

And of course, we are equally proud of our fine coffee and whisky collection.