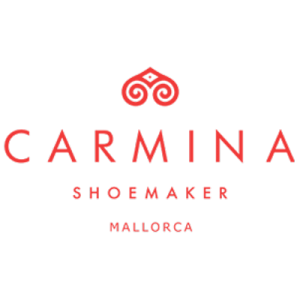 The largest of the Balearic Islands and a mecca for European tourism since the 1950s, Mallorca is perhaps best known as a sunny getaway destination. But the Spanish island has also long been a center for shoemaking, with the town of Inca at the center of its shoemaking activities. It was here, in 1866, that Matías Pujadas gave birth to the multigenerational family line of shoemakers that is now called Carmina.
Until the 19th century, Mallorca was a major wine exporter, but when a phylloxera epidemic devastated the vineyards, the inhabitants were forced to seek a new source of income. Many took up leather tanning and shoe making – and soon what began as a (literally) cottage industry turned into a thriving business.

In the early 1900s, when Mateo Pujadas took over his father’s business, he introduced Goodyear welding, bringing in instructors from the United States to teach his workers the trade. He ran one of the first factories on the island to produce these rugged shoes, prized for their durability and ease of resealing. By 1950 – the same year that Belgian entrepreneur Gerard Blitz established the world’s first Club Med on a Mallorcan beach – there were more than 100 shoe factories in Inca, whose products were sought after throughout the mainland, offering high quality at reasonable prices thanks to Mallorca’s low labor costs. When the advent of passenger jets boosted tourism, sales of Majorcan shoes on the island also boomed.

Mateo’s grandson, Jose Albaladejo Pujadas (better known as Pepe), took over the company in the early 1960s, and by the 1980s the family business was producing about 100,000 pairs of shoes a year. In the 1990s, however, a crisis hit European shoemakers, unable to compete for the mass market with cheap shoes made in the Far East. Pepe, who in his youth had trained with one of the best shoemakers in Florence, chose to sell his business on a large scale and start over, with a new approach – producing a much smaller number of much higher quality shoes. He named the new company after his wife, Carmina, and together with his daughters and son, he set out to create an exclusive line of world-class handcrafted shoes.